An Act to Recognize Local Control Regarding Food Systems, LD725, took effect on November 1, 2017. LD725 applies to sales conducted at farms and homes (i.e. where the food was produced) in towns that have formally declared food sovereignty. The law was amended in October to exclude meat and poultry processing, and to exclude sales at farmers’ markets or other public venues. LD725 applies to sales that take place directly between the producer and consumer at the producer’s farm/residence. LD725 only applies in towns that have declared food sovereignty, and exclusively applies to food produced and sold within food sovereign towns.

Prior to taking effect on November 1, 2017, the law was amended to exclude meat and poultry processing. The amendment states that the law pertains to sales of food at the “site of production” within a food sovereign town. The intention of the committee was that the law only apply to sales of food at farms and homes; the law does not apply to food sold at farmers’ markets. (According to Rep. Craig Hickman, “‘At the site of production’ is generally understood to mean on a premise controlled by the producer where the food or food products are produced, such as a farm, homestead, or in a home kitchen.”) Click here for more information on the evolution of the food sovereignty law in Maine.

The Maine Federation of Farmers’ Markets supports farmers and their ability to earn a living. MFFM helps farms and food vendors in learning about, understanding, and complying with state and federal regulations for products sold at farmers’ markets. MFFM also works in cooperation with the Department of Agriculture, Conservation, and Forestry to learn about, understand, and develop policy that is compatible with the needs of market farmers. MFFM takes no position on transactions conducted at venues other than farmers’ markets.

What is “food sovereignty”?

Food sovereignty is the right of peoples to healthy and culturally appropriate food produced through ecologically sound and sustainable methods, and their right to define their own food and agriculture systems.

In Maine the Department of Agriculture, Conservation, and Forestry (DACF) has been the primary arbiter of food safety standards and requirements, as well as the primary educators for producers wishing to learn more. The DACF fields questions about food safety, sends staff to homes, farms, and businesses to train producers and answer questions, and provides the licenses that are typically required to sell food in retail and direct-to-consumer settings.

In towns that have declared food sovereignty, the local municipality has shouldered the responsibility for ensuring that food sold within its territory is safe, with a goal of making it easier for area residents to buy and sell local foods. Prior to the new law, technically producers in food sovereign towns still had to abide by state law. Once the new law takes effect this fall, local, municipal laws in food-sovereign towns will supercede state laws.

When did the new law take effect?

This law does not affect farmers’ markets, because it exclusively applies to sales at homes and farms.

The amendment to the Act made some changes to the law. How does that impact farmers’ markets?

According to Rep. Craig Hickman, “The MFSA actually reads ‘at the site of production,’ a term of art that appears in ordinances, laws, rules, and regulations all across the country. ‘At the site of production’ is generally understood to mean on a premise controlled by the producer where the food or food products are produced, such as a farm, homestead, or in a home kitchen.” Rep. Hickman also noted, “In order to dispel any confusion, please inform people that the Maine Food Sovereignty Act does not relate to farmers’ markets at all” (email correspondence 12/13/18).

If I produce and sell in a food sovereign town, does it make sense for me to stop adhering to state food safety guidelines?

Even if you are producing and selling within the municipal boundaries of a food sovereign town, there are are a few things to keep in mind:

Is it difficult and/or expensive for food producers to obtain the licenses/permits required by the state?

Produce farmers do not need any permits. The costs of other inspections varies, and obtaining a home kitchen license requires having the home well water tested.

Dowling wants to encourage beginning cheesemakers. If you’ve got one cow milking and you want to sell a few gallons of milk or farmstead cheese as surplus to neighbors, via word of mouth, more power to you, she says. “I don’t think the feds should come down on you.” But getting into commercial sales? Liability issues stop her from endorsing that. Along with how easy the state of Maine makes it. “I cannot stress how easy it is to get a license in Maine.” She’s done it twice, in Unity and in Whitefield, on a shoestring budget and says the technical advice and testing that comes along with the $25 licensing fee can’t be beat. “They are like, ‘Cool, I will come out and walk you through everything and give you pointers.’ They are all about working with you and where you are at. I am not usually a proponent of states’ rules in anything, but we get a lot for that license.”

Is Maine the first state in the nation to pass such a law?

No. Wyoming passed a similar law about 5 years ago. (MFFM has tried to reach farmers’ markets there for feedback, but couldn’t reach anyone willing to comment “on the record.”) North Dakota passed a food freedom law in early 2017.

Has this issue been examined by the courts?

The only previous related case was this: the Maine Supreme Judicial Court on State of Maine v. Dan Brown

No. The Maine Legislature dictates state laws, which do not supercede or nullify federal laws. The United States Department of Agriculture is a federal entity. Also according to Mike Fitzpatrick, CIC, LUTCF, All Points Insurance, Brewer, on liability insurance and food sovereignty:

“To be covered under any type of insurance policy, meat for sale to the general public must have been processed in a USDA or state-licensed facility. Insurers have zero tolerance for home butchering.”

For this reason, the Maine Legislature was forced to amend the law to exclude meat and poultry processing in October.  See the list of meat processors in the state here: Contact Info for State and USDA Inspected Establishments

What is the difference between USDA inspected, state inspected, and custom meat processing facilities?

This article, by Ben Hartwell in the Maine Wire, explains the differences between the types of facilities and why state and custom facilities were in jeopardy until the Legislature amended LD725. 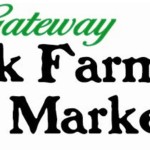 Winter Market:  Skowhegan Winter Farmers’ Market is now at our outdoor location, Somerset Grist Mill (behind Hight Chevrolet), every Saturday 10:00am-1:00pm through April. Starting in May we will be back to our summer hours, 9:00am-1:00pm,  SNAP/EBT and WIC accepted. Find more information on the market’s website and on Facebook: Skowhegan Farmers’ Market. Summer Market: Skowhegan […]